YOUR GUIDE
10
GET INSPIRED 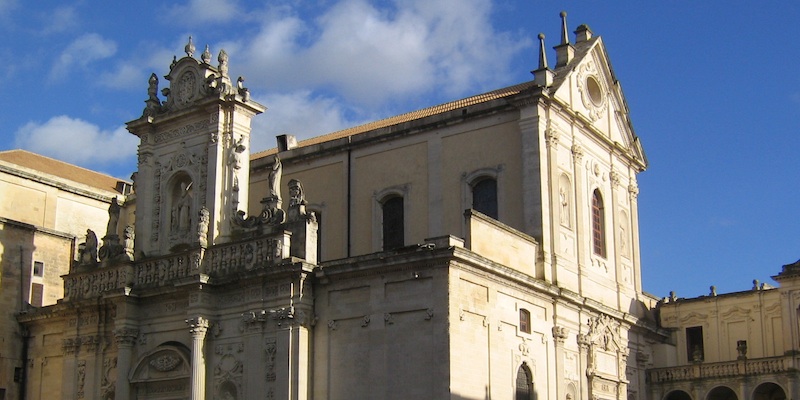 Duomo - Cathedral of Santa Maria Assunta
5 local people suggest it Lecce Cathedral (Italian: Duomo di Lecce; Cattedrale dell'Assunzione della Virgine) is the cathedral of the city of Lecce. It is dedicated to the Assumption of the Virgin Mary. It is the seat of the Archbishop of Lecce.

The cathedral was first built in 1144, with repairs in 1230. It was rebuilt in 1659 by the architect Giuseppe Zimbalo by order of bishop Luigi Pappacoda, whose remains are kept in the altar dedicated to Saint Orontius of Lecce (Sant'Oronzo), the patron saint of the city.

The cathedral has two entrances. The principal one is on the north side of the church, the other on the square onto which it faces. The principal façade is sober and elegant, while the second portal is a masterpiece of Baroque art with statues representing Saint Orontius between Saint Justus and Saint Fortunatus.
The church is built on a Latin cross plan with a nave and two aisles, separated by pillars and pilasters. The central nave and the transept are covered by a wooden ceiling in which are paintings representing the Martyrdom of Saint Orontius and the Last Supper. There are twelve altars. In the cathedral square are other monuments: the bell tower, the bishop's palace and the seminary.

Are you a local? What do you think about Duomo - Cathedral of Santa Maria Assunta? Login to suggest it!