YOUR GUIDE
10
GET INSPIRED
EXPLORE 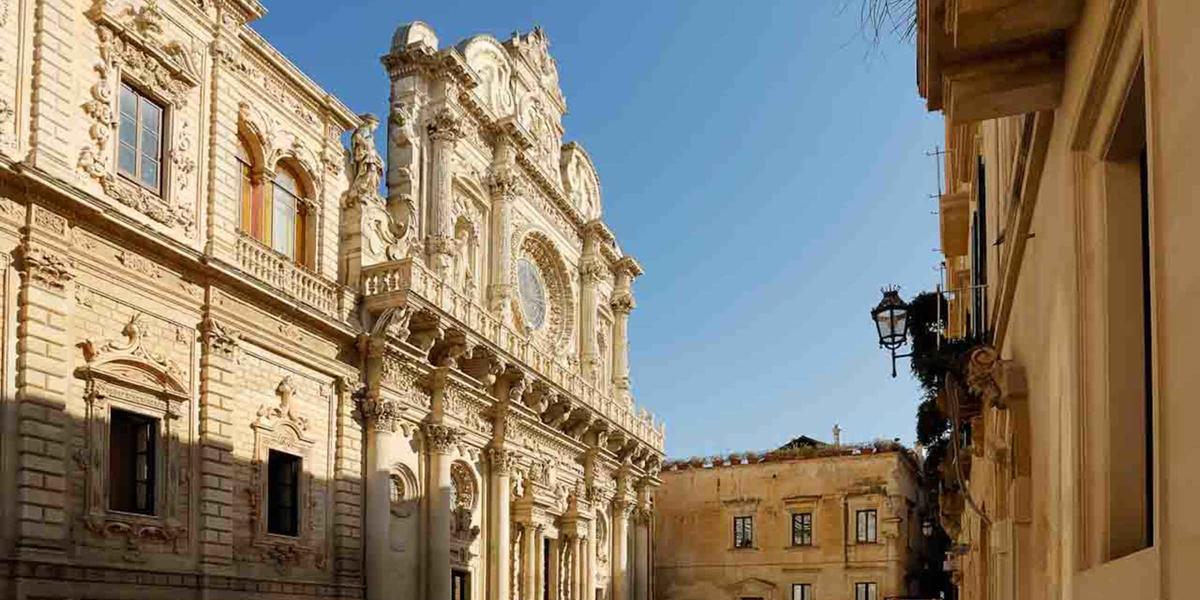 OVERVIEW
See the rich baroque architecture of Lecce on a 2-hour walking tour, and discover why the city is called the “Florence of the South.” Marvel at buildings built from limestone marble, such as the Duomo, and see evidence of the city’s Roman past.
Offered by Curioseety SRLS
GO TO THE WEBSITE   ▶
PRACTICAL INFO
Where: Porta Napoli, Lecce (Open in Google Maps)
Duration: 2 hours
GO TO THE WEBSITE   ▶
DETAILS
Stroll the streets of Lecce with a local guide, and discover why the city is often called the “Florence of South Italy.” Admire monuments of dazzling marble, and see traces of the city’s Roman past. Meet your guide at the Porta Napoli to discover the main city of the Salentine Peninsula through local eyes. Your guide will tell you city secrets and take you to hidden corners, as well as point out all the buildings cast in limestone marble. Built in an elaborate baroque style by 17th-century architects, the city has a homogeneity that other southern Italian cities lack. Discover Lecce’s harmonious form at sites such as Piazza Duomo, where you can admire the Cathedral and Bell Tower. Continue to the Chiesa di S. Irene, and on to Piazza Sant’Oronzo to see the ruins of the Roman Empire and Chiesa di San Marco. Discover the old Roman Amphitheatre, built in the 2nd century AD and now half-buried by other monuments built over it throughout the centuries. End at the Basilica di Santa Croce and Celestine Convent, designed by Giuseppe Zimbalo, one of the most prominent architects of the Baroque of Lecce.