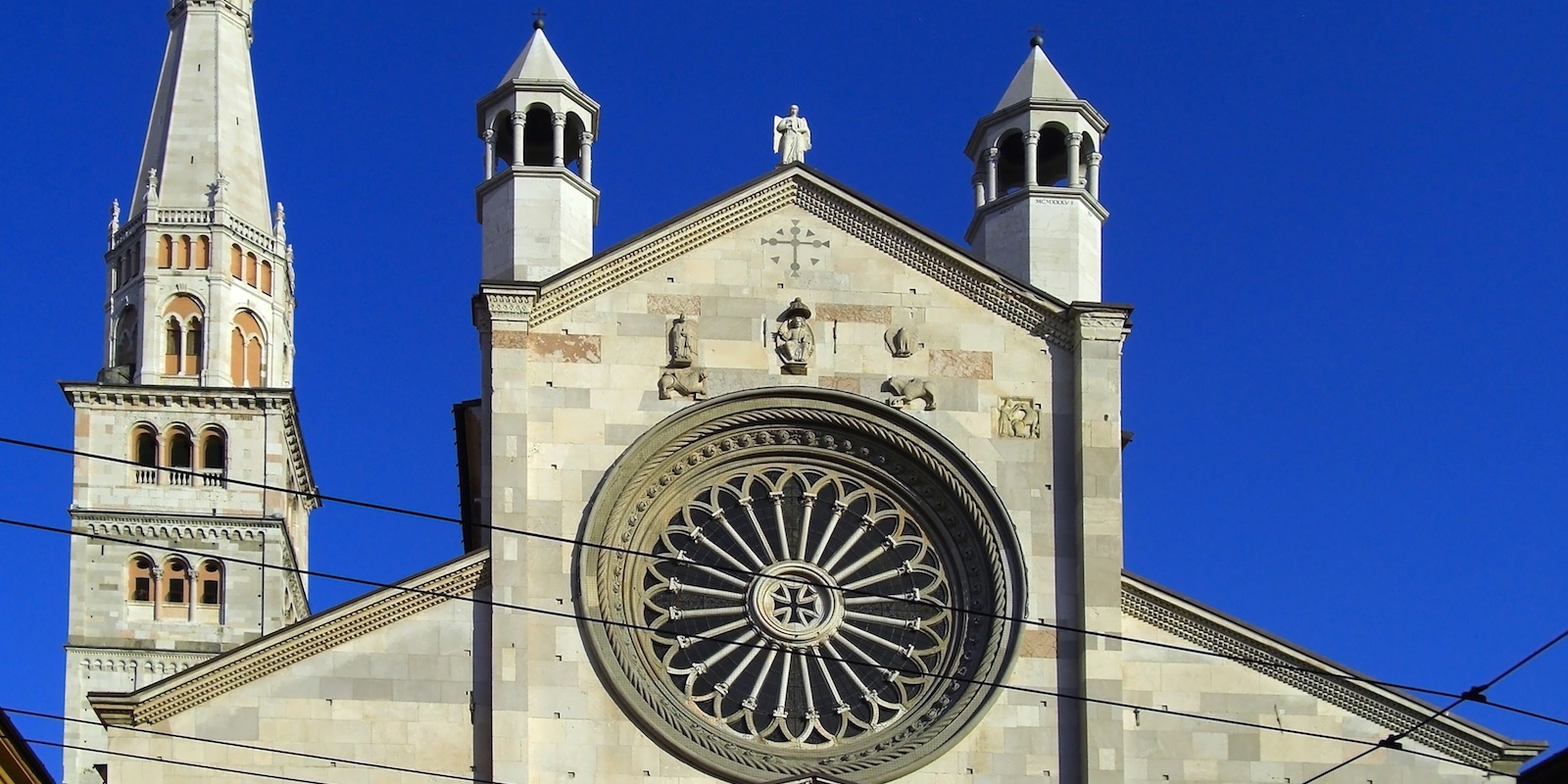 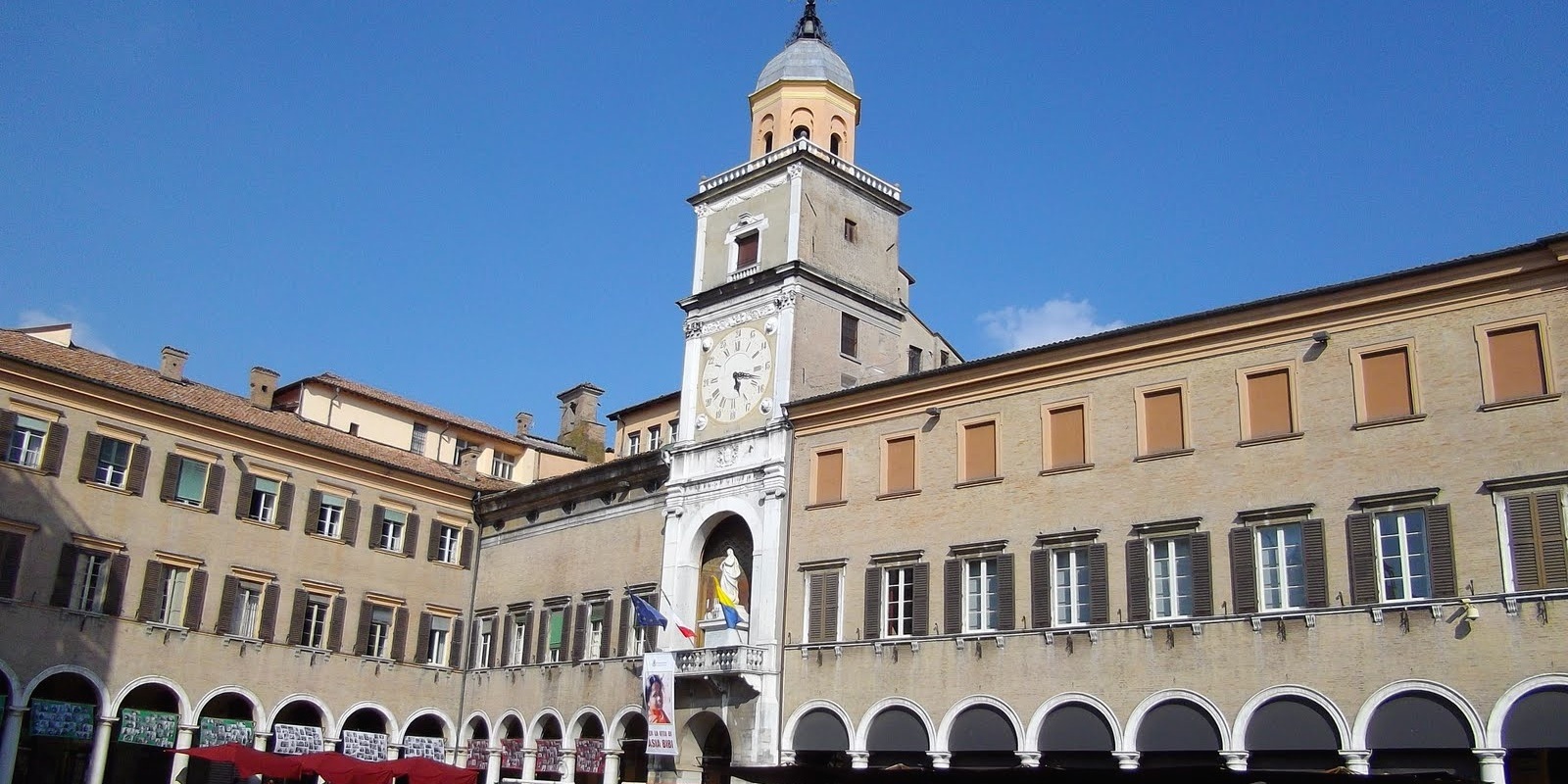 The Province of Modena, in line with the best of Emilian traditions, is a lterritory defined by flavors, nature and its love for motors.
Its Capital, Modena, is a city with an important past; to begin with, it was built along the ancient Via Emilia, and it seems to be Etruscan in origins. Later, the Celts and the Romans laid claim to it.
The city, the capital of the Estense Duchy for an important period, underwent frequent and vast urban and architectural modifications.
Further structural changes occurred during the 18th Century under Francesco III d'Este, and under the Austrian-Estense dynasty during the 19th Century.
The city hosts petite jewels of art, such as the Romanesque Cathedral, completely constructed with white marble and located in the heart of Modena, in Piazza Grande. The Cathedral - together with the Piazza and the Ghirlandina Tower - makes up oen of the 48 Italian sites on the UNESCO World Heritage List.
The Ghirlandina is the bell tower that rises majestically over the rooftops; its name derives from its marble balustrades around the steeple, suggesting the lightness of garlands. Located in the same square, one finds the ancient City Hall (Palazzo Comunale) - a complex of Medieval buildings remodeled during the 17th-18th Centuries - and the Torre Civica.
Nearby are the College and Church of San Carlo, historic heart of residential Modena; the College is characterized by its wide colonnade,  the grand entryway and staircase, and frescoes and rooms of unseen beauty.

Traveling the Via Emilia, one reaches the Palazzo dei Musei that houses the most important cultural institutes of the city, such as the Lapidary Museum and the Estense Gallery, conserving many masterpieces and works of art; the Civic Museums; the Municipal Historic Archive; and the Estense Library, with important illuminated codices and the famous Bible of Borso d’Este, illuminated by Taddeo Crivelli.
The streets of Modena are rather tighly-knit, consequence of the construction of buildings and streets along canals that once flowed in the heart of the city. An example is Corso Canal Grande, one of the most characteristic streets, crossed by the Via Emilia, with its residential buildings. In the first stretch of this street lies the Church of San Vincenzo, the Teatro Comunale, and the Ducal Palace, an impressive, princely building from the 17th Century that partly arose on an ancient castle owned by the d’Este Family; today it is the seat of the prestigious Military Academy of Modena.
Moving out from Modena proper to the Province, one should undertake a visit to some of the numerous surrounding towns. Passing Castelfranco Emilia and moving towards Panzano, one should make a stop at Villa Sora, with its huge surrounding park and a green area retained to be the primary exemplar of 19th-Century romantic gardens. View the stables and the orangery, in neo-Gothic style.

Nonantola is the location of the renowned Benedictine abbey, founded by the abbot St. Anselm, Duke of Fiuli c. mid-8th century A.D. The abbey's archive guards unique and treasured items, such as a great number of documents belonging to Charles the Great, Mathilda of Canossa, and Frederick Barbarossa.
Fortresses and castles are sprinkled throughout the countryside, evidence as to the Province's considerable past. Among the most beautiful manors stands that of Vignola, a Medieval fortress transformed into a well-preserved aristocratic residence, complete with towers, drawbridges and moats.
Finale Emilia boasts the 15th-Century d’Este Fortress; Carpi the impressive castle known as Palazzo dei Pio; and Monte Cucco its early Medieval castle, village and Romanesque Parish Church of Renno.

Finally, a visit to Sassuolo and its Ducal Palace is also an option: the Palace, with its lavish rooms and frescoes, served as the holiday resort for Francesco I d’Este.
Museums are never missing in the Province, as just about every community has at least one of its own.
Of them, one in particular pleases motor lovers and non. In Maranello, the Ferrari Gallery exhibits the legendary cars, pictures and trophies that have made the brand renowned all over the world. 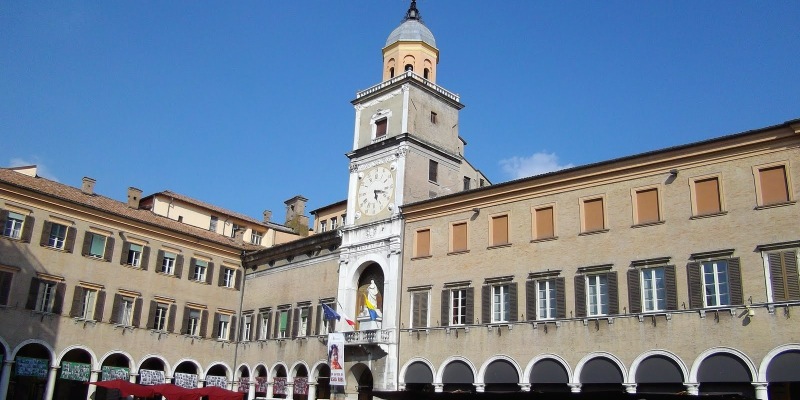 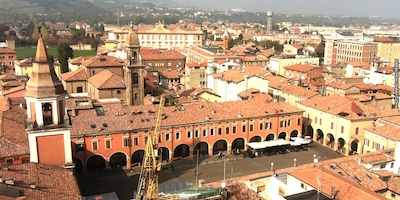 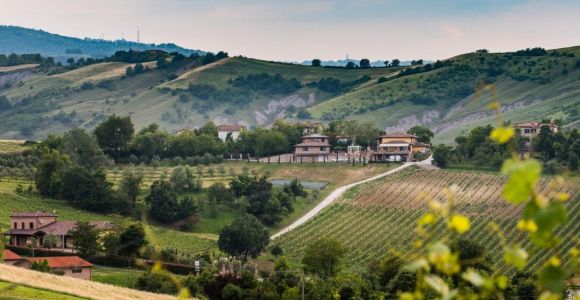 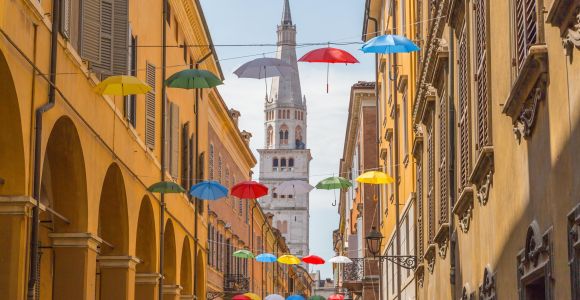