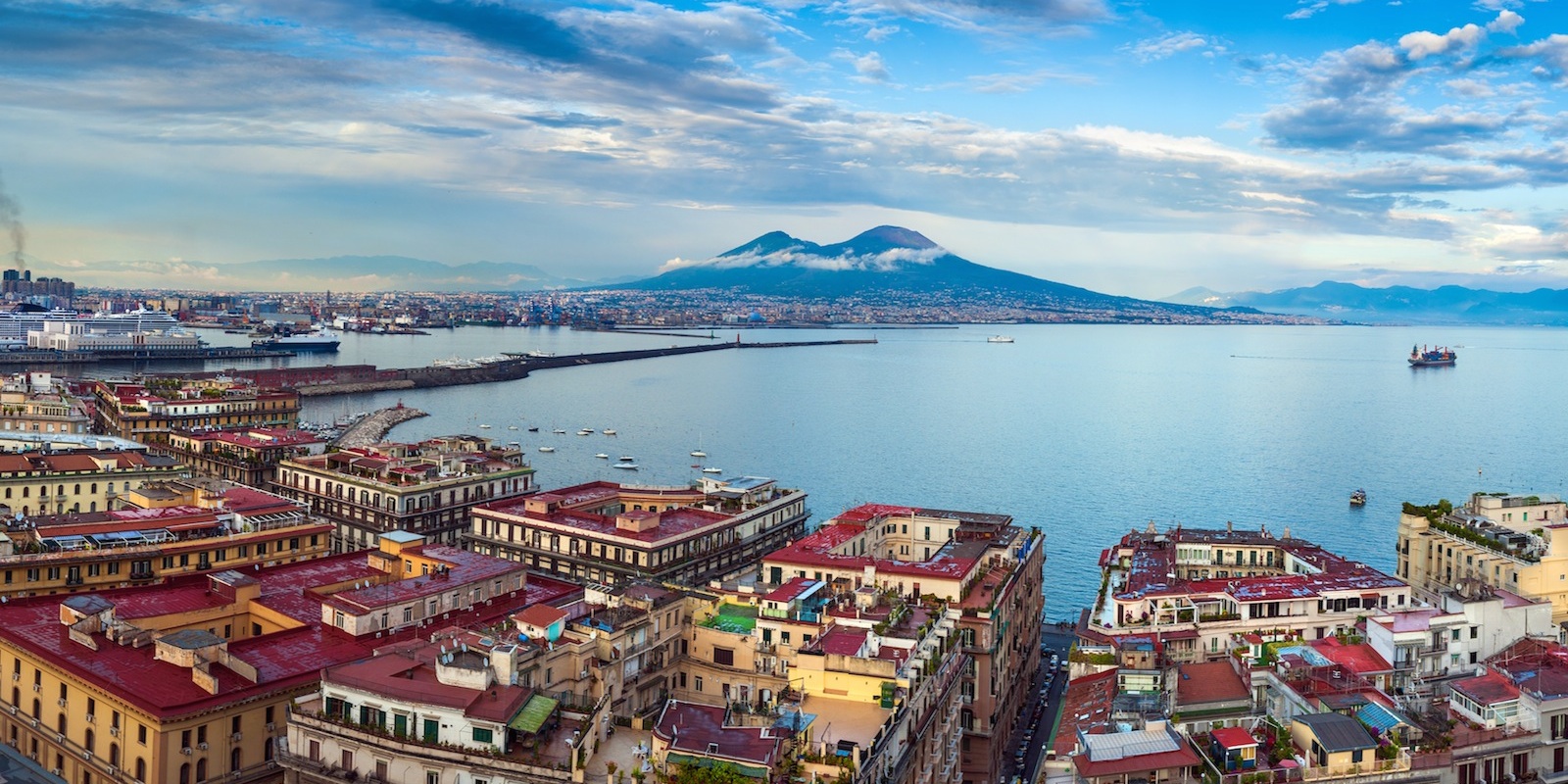 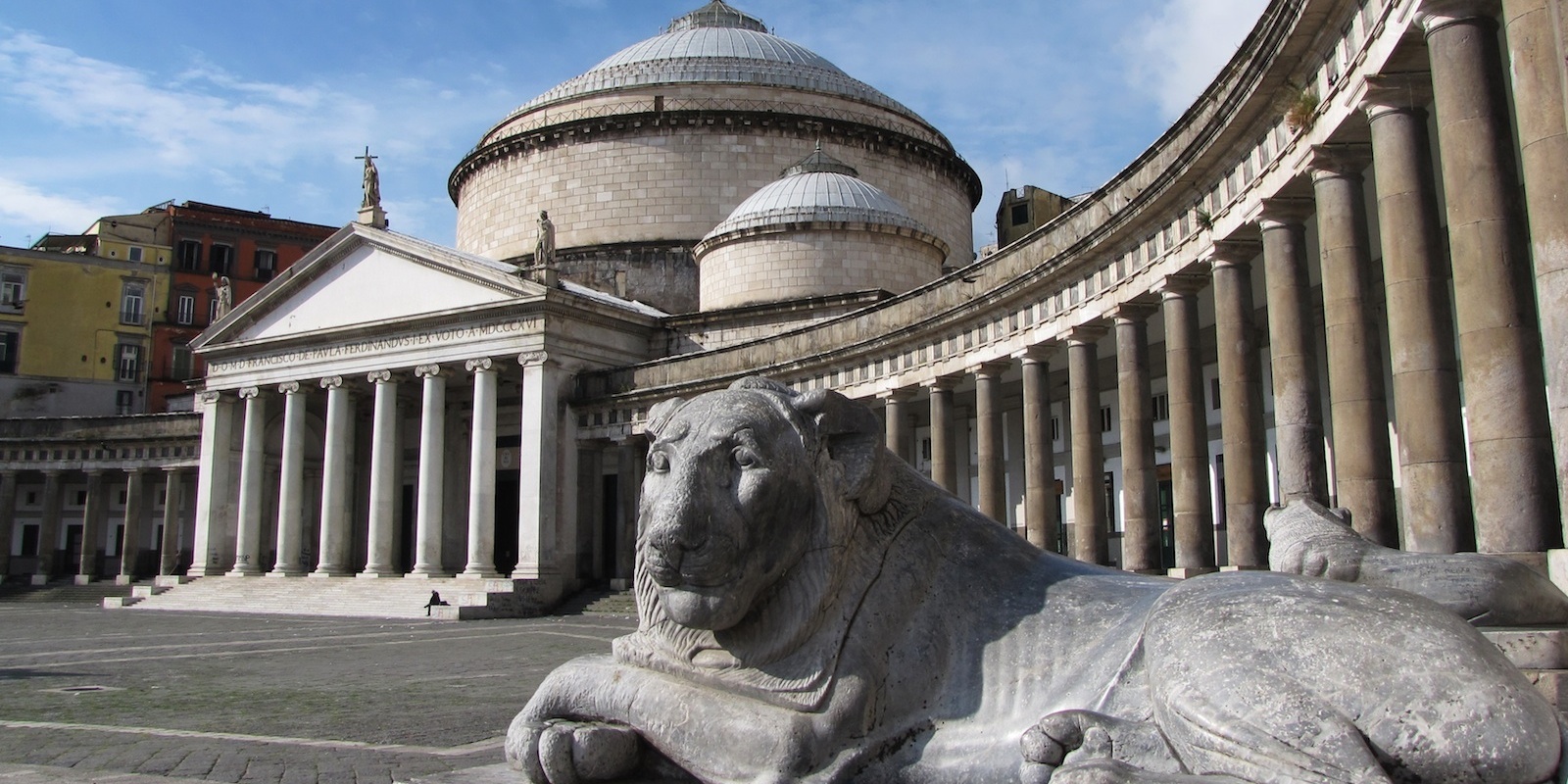 Naples is a real treasure trove of art and history, of indelible signs from past dominations, each of which has contributed to this city's construction. Its center, in particular, encompasses a heritage so rich that it has been designated an UNESCO World Heritage Site.
2,500 years of history is evidenced in palaces, churches, monuments and art galleries, amidst which the Napoletani carry on their daily lives with their trademark vivacity and creativity.
Four castles tower over the city. The different but well-integrated architectural lines of Castel Nuovo, otherwise known as the Maschio Angioino, evoke the double role of palace and fortress that this building played during the domination of the Anjou and Aragon families. The Triumphal Arch commissioned by King Alfonso I of Aragon and designed by Pietro de Martino and Francesco Laurana is rare in that it is of a rather austere beauty. On a small island, linked to the mainland by a bridge is the monumental Castello dell’Ovo, now an exhibition and congress center, with a stunning view of the whole Bay.
Nestled on the Vomero lies Castel Sant'Elmo, overlooking the street locally known as Spaccanapoli that divides the city into two sections. Finally, Castel Capuano, originally built as a fortress but subsequently renovated and transformed into a residence for the aristocrats. Nearby, Porta Capuana, outlined by a marble arch, is the main entrance to the old town.

The churches in this city are countless. The Cathedral - erected upon pre-existing buildings - over time has undergone radical modifications to repair the damages caused by the earthquakes, especially on the outside. In 1800, Enrico Alvino opted for the currently-visible vertical development that features façades with spires, niches and steeples built around what had survived the earthquake. The interior, based on a Christian cross plan and three long naves divided by two rows of columns, hosts the famous Cappella del Tesoro di San Gennaro (the Chapel of St. Gennaro’s Treasure) that conserves masterpieces made with precious metals and the two vials containing the Saint's blood. Another place linked to the Patron Saint of Naples is the Catacombs of San Gennaro, with their frescoes, mosaics and other valued artwork.
A combination of architectural layers realized over time outlines the massive San Lorenzo Maggiore Basilica, built upon Greek-Roman remains, now restored and open to the public by way of the inner cloister.
Along Spaccanapoli, the visitor can visit the Church of Gesù Nuovo, with its unique façade (obtained from a 15th-Century palace), and marble decorations and paintings inside. The Santa Chiara Monastery - with its simple lines characteristic of the Franciscan churches - conserves, besides the royal tombs, the Chiostro delle Clarisse, with rare adornments entirely made with multi-colored majolica depicting the colors of the land. Majestic as if it were a cathedral and filled with art is the Church of San Domenico Maggiore, another interesting example of the peculiar artistic heritage of the City of Naples.The Sansevero Chapel is linked to the polyhedric personality of Raimondo di Sangro; the church is commonly called pietatella ("Little Pietà) and is a notable example of the merging of architecture and art. Famous is the Cristo Velato (Veiled Christ) by Giuseppe Sammartino, striking the ey for the extraordinary craftsmanship employed to sculpt the marble shroud over the body of Christ.
The art collections of noble families such as the Farnese and Borgia, and the many finds from Pompeii, Herculaneum and other areas making up finds now inside the largest museum of ancient art in southern Italy: the National Archaeological Museum, housed in Palazzo degli Studi.
The Palazzo Reale di Capodimonte, surrounded by a large park, hosts the Capodimonte Museum and National Galleries, an incredible collection of masterpieces by Titian, Raphael, Correggio, Masaccio, Mantegna, Caravaggio and the Neapolitan masters. Amazing is the furnishings in the Royal Apartments, for instance the famous porcelain drawing-room, a masterpiece of the Royal Manufacture of Capodimonte, whose production is partly on display in the Porcelain Gallery. This is the only museum to balance classic pieces with those modern (think Andy Warhol!).
The Museo Civico Gaetano Filangieri, in addition to its large collection of sculptures and paintings, hosts a vast array of European and Asian weapons, an invaluable numismatic collection, and many precious porcelain items from the most important Italian and European factories.
Probably the most prominent Neapolitan piazza is Piazza del Plebiscito that displays the grand colonnade designed by Gioacchino Murat, in front of which  is the magnificent Royal Palace designed by Domenico Fontana. The Palace is home to the Vittorio Emanuele III National Library, the largest in southern Italy, boasting ancient and invaluable items. Teatro San Carlo lies behind the Palace; a music and ballet temple, famed artists the caliber of Gioacchino Rossini and Gaetano Donizetti have performed here.

The Umberto I Gallery is just in front of the of the theatre entrance, with marble floors decorated in fine geometries. Along one of the main streets, Via Toledo, are the so-called Quartieri Spagnoli; built in 1500 by Don Pedro da Toledo as army barracks, the Spanish Quarter is now a neighborhood with the most authentic Neapolitan spirit. The atmosphere that pervades the area can also be felt throughout the Province, where an ancient mystique blends with the incomparable environmental beauty.
In the zone surrounding Mt. Vesuvius, Pompeii and Ercolano, the "resurrected cities," are UNESCO World Heritage Sites thanks to the incredible value of the ruins and their excellent state of preservation. A visit to the ancient Forum means a visit to the Casa del Fauno, a monumental structure with rooms dedicated to several activities; the Sacrario dei Lari Pubblici, one of the most interesting buildings of Pompeii, probably devoted to the gods that were said to protect the city; and the Casa dei Vettii, with the interior decorated with precious paintings.
Driving southward, the visitor enters the beautiful Sorrento Peninsula, a world of colors that range from the blue of the sea to the green dotted with the gold of the lemon trees. Immersed in this wonderful landscape is Sorrento: composed of history, nature and flavors, it is the mainland counterpart to the queen of these waters, Capri, and her three Faraglioni (sea stacks) that guard "her majesty" and her many sea caves –among which the celebrated Blue Grotto (Grotta Azzurra).
Past the Posillipo promontory, from which the view is absolutely breathtaking, the visitor enters the volcanic area of the Phlegraean Fields, a perfect combination of the work of nature and that of ancient civilizations. The nearby, crystalline sea is strewn with islands such as Ischia, an ideal place to get away from the everyday thanks to the healing properties of its waters, appreciated as far back as the time of the Roman Empire. Spas equipped with all the comforts and located in a natural environment offer a wide variety of treatments for a vacation of total relaxation.
Different, but just as beautiful is Procida, surrounded by sheer cliffs that intersperse with the sandy beaches lapped by the Tyrrhenian Sea. 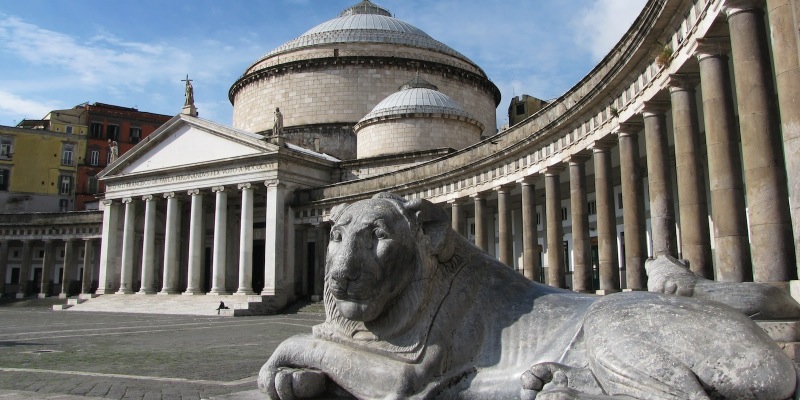 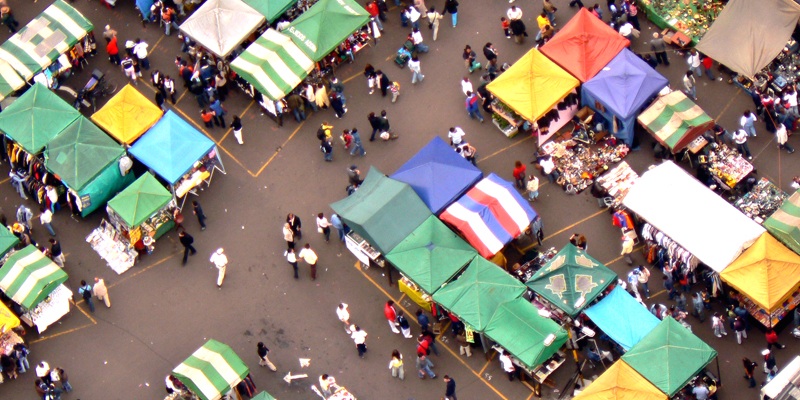 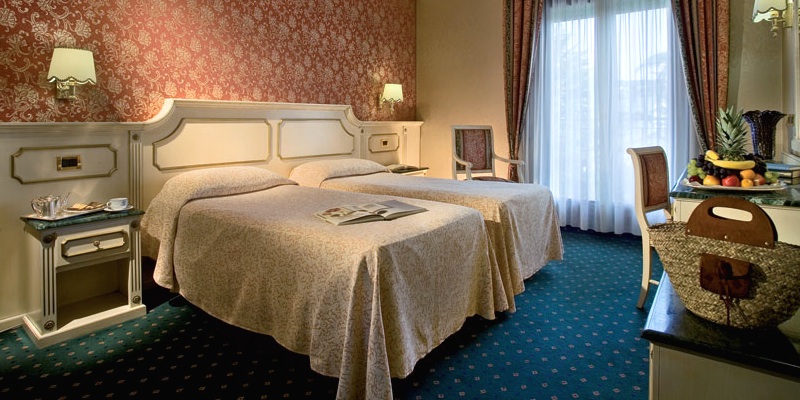 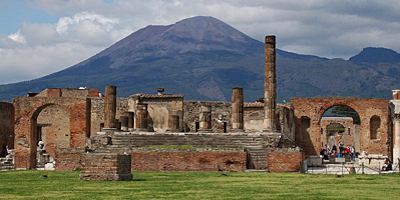 TOP OFFERS IN Naples
Naples: 3-Hour Be a Pizzaiuolo for a Day 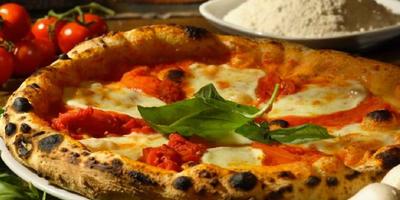 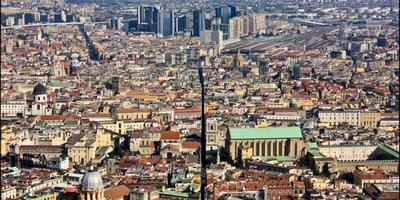 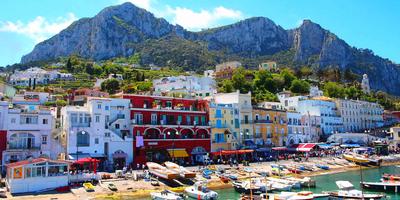