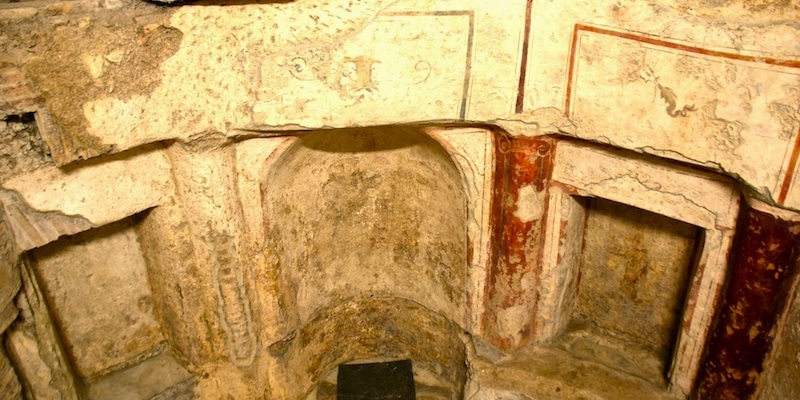 Archaeological Area and Underground of Santa Maria Maggiore
The archaeological area is located under the Papal Basilica of Santa Maria Maggiore, displaying interesting findings (I - IVcentury AD), a rare fresco calendar with scenes of farm work (late second century AD) as well as some evidence of the early Paleochristian basilica, founded by Pope Sixtus III (432-444).
At the end of the nineteenth century were carried out further renovations, when 14,000 terracotta roof tiles were documented and cataloged. Some of them could be dated and belonged to from the first century to the fifth century AD.
These findings were documented and subsequently published by Filippo Magi.

Are you a local? What do you think about Archaeological Area and Underground of Santa Maria Maggiore? Login to suggest it!

50 m
Santa Prassede at the Esquiline