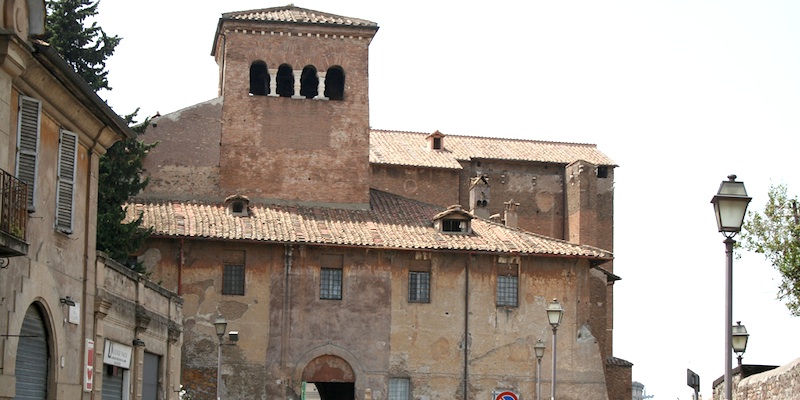 Basilica of the SS. Four Crowned
Originally built in C. IV, the church owes its name to the tradition of the martyrdom of four Roman soldiers who refused to adore Esculapio, and five sculptors from Pannonia, accomplices with the soldiers. For this reason the church is subject to particular devotion by stone-cutters and marble-carvers. The third-century cloister, probably defined the most evocative one marble-carvers ever left in Rome, and the Oratorio di San Silvestro that, famous for the decorations with frescoes dated C.XIII, show, among the rest, episodes from the legend of Costantino. The ensemble of buildings still shows the severe character it had during the Middle Ages, when it was used as a defensive bastion for the nearby Basilica di San Giovanni e del Patriarchio. The interior is the typical one of a medieval basilica, with three naves divided up by antique granite columns, with Corinthian composite capitals. The wide apse comes from the primitive church, whose middle nave was as large as the entire actual church. From the nave one moves into the gracious cloister that hosts a garden, built in 1120.

Are you a local? What do you think about Basilica of the SS. Four Crowned? Login to suggest it!