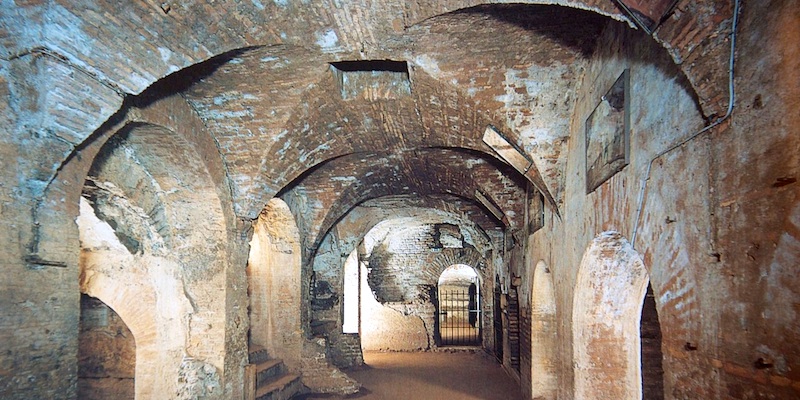 Priscilla Catacombs
1 local person suggests it The catacomb of Priscilla is the oldest general cemetery of Early Christian Rome and the best preserved. It is located along the via Salaria. The first nucleus of the catacomb - among the largest in Rome - dates back to the second century, as proven by several inscriptions with the names of Peter and Paul.

It takes its name from Priscilla, the mother of the Senator Pudens in whose house St. Peter, according to ancient tradition, found refuge. Not far from the modern entrance to the cemetery is the elegant subterranean chapel or crypt known as the Capella Greca, from two Greek epitaphs found there; this crypt is ornamented with very ancient symbolic frescoes, the most important of which is the celebrated Eucharistic painting in the apse, known as the Fractio Panis, because in it a figure (the priest) is breaking bread and giving it to persons seated at the same table.

There is also here a very ancient fresco of the Blessed Virgin holding to her breast the Infant Jesus. In the fourth century a basilica was raised on this site - known as S Silvestro - now mostly rebuilt.


Are you a local? What do you think about Priscilla Catacombs? Login to suggest it!

ADDRESS: Via Salaria 430, Rome
OPENING HOURS : Daily 9.00-12.00 and 14.00-17.00. Closed on Monday, 1 January, 25 December, Easter. Last admission 15 minutes before closing time.
PRICE: 8 euro. Reduced: 5 euro for school groups, presenting a letter of introduction from their school; children from 7 to 15 years of age; doldiers and security forces in uniform or with identification cards; seminarians. Free entrance for children up to the age of 6; professors, teachers and catechists accompanying students groups – one per 15 students allowed; the disabled, with a carer; guides and drivers of groups paying full-price tickets.
WEBSITE: http://www.catacombepriscilla.com
YOU MAY ALSO BE INTERESTED IN...
Villa Ada Savoia

850 m
Sant'Agnese outside the Walls