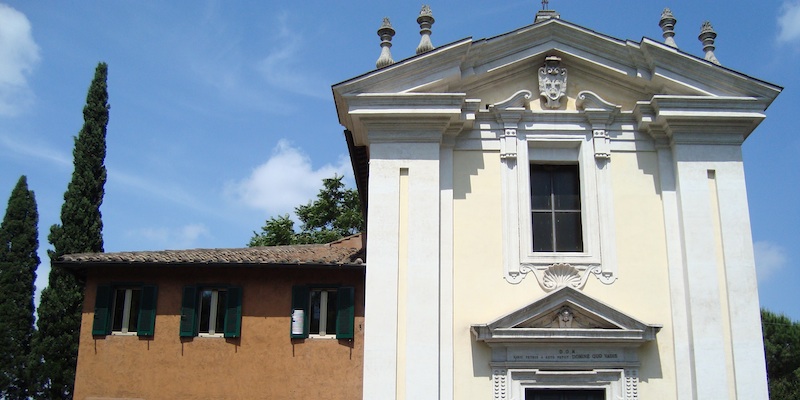 Domine Quo Vadis (St. Mary in Palmis)
The church is situated on the site where, according to tradition, Jesus appeared to Peter, while the latter was leaving Rome in order to escape martyrdom. Upon Peter’s question: “My Lord, where are you going?” (Domine, quo vadis?”), Jesus apparently replied “I’m going to Rome to be crucified again”. Peter thus regretfully returned to Rome to be crucified.

The church dates back to C. IX but was reconstructed during C. XVI and XVII. In 1637 Cardinal Francesco Barberini had the facade rebuilt. The latter is made up of a small entry portal on top of which a large window framed by a large triangular gable is situated.

The church’s interior only embodies one nave with two lateral niches and a small lateral apse at the end. The church is also known as “in palmis” since it treasures a copy of a votive stone with two footsteps, believed to be Christ’s.

Are you a local? What do you think about Domine Quo Vadis (St. Mary in Palmis)? Login to suggest it!

850 m
1
Basilica of San Sebastiano outside the Walls