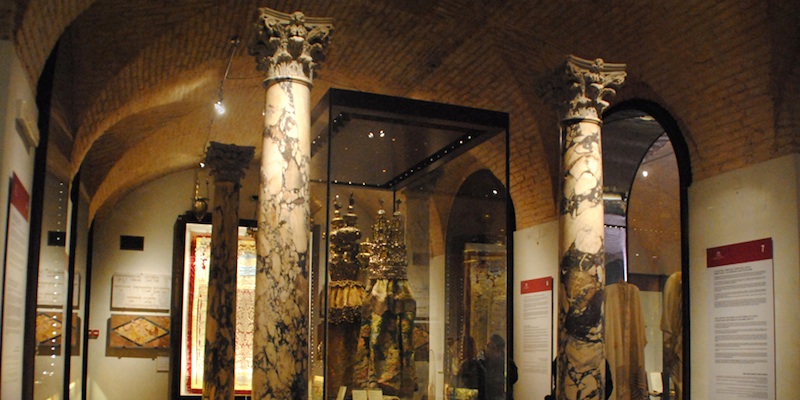 Jewish Museum of Rome
The Jewish Museum of Rome located on the premises of the Great Synagogue, was first opened in 1960 to display the collection of the Jewish Community of Rome: the work of the 17th and 18th century Roman silversmiths, precious textiles from all over Europe, and marble carvings saved when the Cinque Scole in the Ghetto were demolished.

On November 22, 2005, the museum reopened to the public with new displays: there are six totally renovated exhibition areas, a didactic itinerary planned in order to highlight the magnificent artefacts and the precious documents that narrate the over 2000-year history of the Jews of Rome, the relation-ship between the Jews and the City, the yearly cycle of Jewish Holidays and the Jewish life Cycle.

The Museum is now a unique place to discover the traditions, religion and history of the Roman Jewry, one of the oldest Jewish Communities of the world.

Are you a local? What do you think about Jewish Museum of Rome? Login to suggest it!