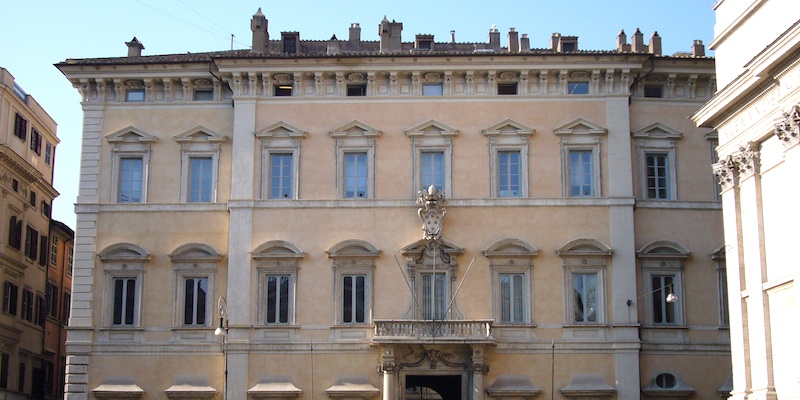 Palazzo Altieri
A typical example of Roman baroque building, the palace was began in 1650 by architect Giovanni Antonio de Rossi and was the home of the Altieri family, cardinal Giovanni Battista Altieri and Emilio Altieri, who would become Pope Clement X (1670-76).

The imposing façade of the building with elegant yellow and blue colours, has a huge portal between two columns supporting a balcony and the family coat of arms.

The Palace is currently used as the seat of the ABI (Italian Banking Association), Banca Popolare di Novara and Finnat.

Are you a local? What do you think about Palazzo Altieri? Login to suggest it!