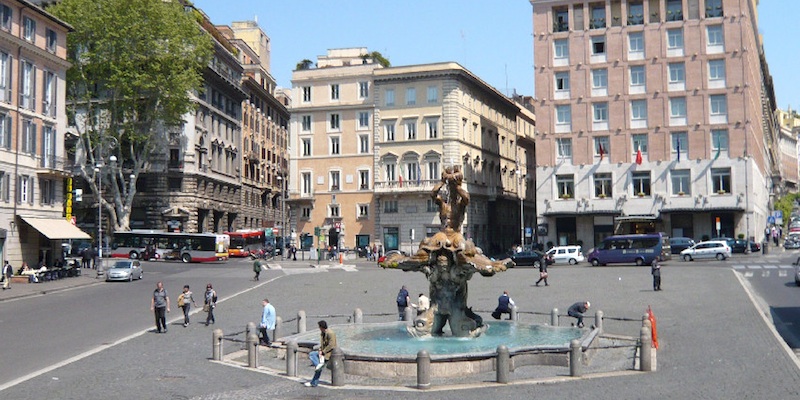 Piazza Barberini
It occupies the area of the ancient circus of Flora, where floral games took place in May to celebrate springtime. Placed in a depression and inhabited already in the first centuries of the empire, it filled with villas and gardens during the 16th century.

With the strada Felice (today Via Sistina) it became an urban space and between the last decade of the 19th century and the first of the 20th century, it took a modern look thanks to the opening of the Via Veneto and the Via Regina Elena, now Via Barberini. It is one of the nerve centres of the city.

The square owes its name to Palazzo Barberini, here located. At its centre is the beautiful Fontana del Tritone by Gian Lorenzo Bernini (1632-37).

Are you a local? What do you think about Piazza Barberini? Login to suggest it!

ADDRESS: Piazza Barberini, Rome
YOU MAY ALSO BE INTERESTED IN...
Palazzo Barberini