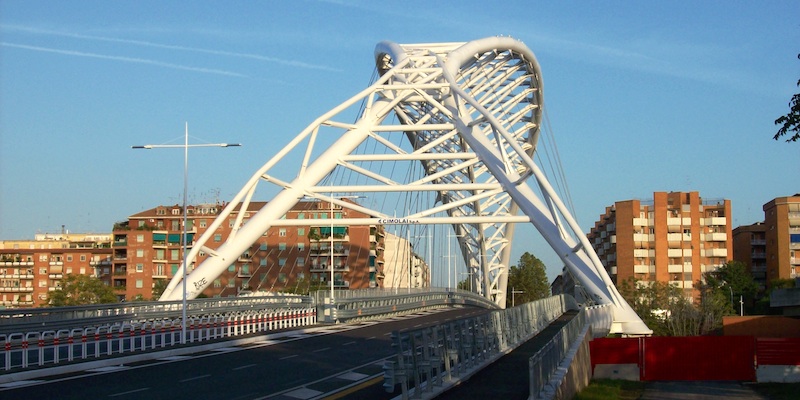 "Settimia Spizzichino" Bridge (Garbatella - Ostiense Cavalcade)
The works for this bridge designed by architect Antonelli started in 1924. On April 21 1929, anniversary of the foundation of Rome, it was officially inaugurated.

The bridge is 133 m (148 yd) long and 20 m (22 yd) wide and presents only one decoration over the central arch: a plaque showing an eagle with its wings spread out that clasps the lictor’s fasces in its claws.

The bridge that connects the Flaminio and the Milizie Quarters was supposed to be called at first "Delle Milizie", but was successively called "Littorio".

After the breakdown of Fascism it was lastly dedicated to the socialist deputy Giacomo Matteotti who was murdered in the surroundings of the bridge due to his opposition to the regime.

Are you a local? What do you think about "Settimia Spizzichino" Bridge (Garbatella - Ostiense Cavalcade)? Login to suggest it!

ADDRESS: Via Girolamo Benzoni, Rome
YOU MAY ALSO BE INTERESTED IN...
Pyramid of Caio Cestio