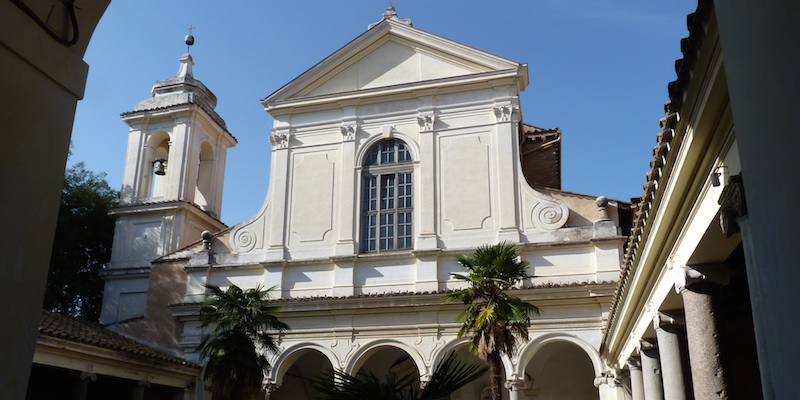 San Clemente al Laterano
San Clemente in Laterano is one of the most interesting and antique basilicas in Rome. It was built before 385 and dedicated to St Clemens, the third Pope after St Peter. It consists of two overimposed churches, built over Roman buildings of the Republican period, and on the ruins of a temple of the God Mithras.

The lower church was the seat of various councils during the fifth century. Destroyed after the invasion by Robert Guiscard (1084), it was restored during the eighth and ninth century. In 1108 Pope Paschal II built the upper church on its ruins, and it was restored by Carlo Fontana under the papacy of Clemens XI.

The architect built the modest baroque façade using the antique granite columns for the arched portico. The interior was remodeled by Fontana, and yet still preserves the typical aspect of an antique Roman basilica: it is divided, in fact, into three naves with two marble and granite columns having Ionian capitals. The church is served by the Irish Domenican Fathers.

Are you a local? What do you think about San Clemente al Laterano? Login to suggest it!