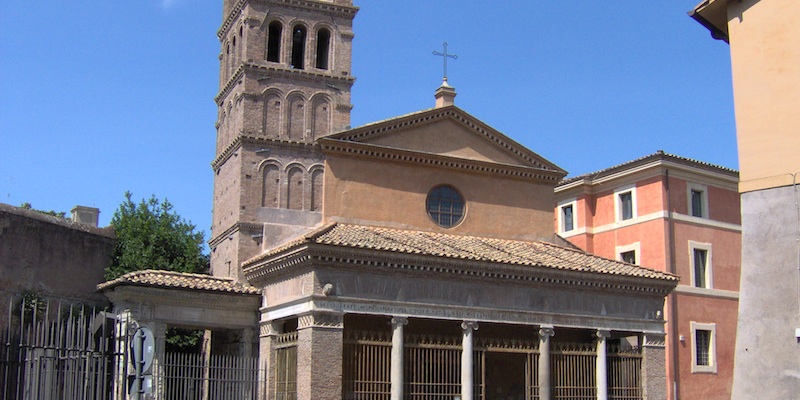 San Giorgio in Velabro
The small church is dedicated to San Giorgio, whose remais are underneath the altar. It probably dates back to C.VI and it was rebuilt under the papacy of Leo II at the end of C.VII. It owes its name to the "Velabrum", the river swamp where Faustolo supposedly found Romolo and Remo. Often flooded by water, it has always been restored to its original aspect.

Before the façade, sided by a vigorous Romanesque bell-tower added in 1100, is an architraved portico, with four columns having Ionian capitals, and robust angular pilasters made of brickwork, ending with a marble decoration with diagonal squares.

The interior has a double row of marble and granite columns with different provenience, that divide it up in three naves. Sadly knowkn to have undergone an attack that destroyed it almost entirely in 1993, the church has been restored to its original splendor. On 6 July 1996, in fact, it has been completely restored and reopened after three years of works.


Are you a local? What do you think about San Giorgio in Velabro? Login to suggest it!