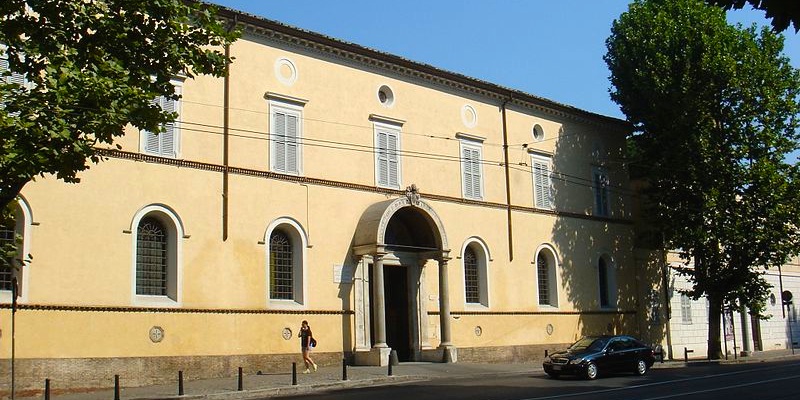 Sant'Agnese outside the Walls
The church of Sant'Agnese fuori le Mura was built in 324, by the order of Costanza, daughter to Emperor Costantino, on top of the ruins of a cemetery and the catacombs that hosted the relics of the Saint. It was rebuilt made by order of Pope Onorio I and later on restored numerous times.

It is one of the most integral and eminent examples of an antique christian basilica. The façade hosts a marvellous Renaissance portal, adorned by the emblem of the upcoming Pope Giulio II, and it is surmounted by a mullioned window.

A large marble stairway dated 1590 descends to the narthex of the church. On the walls one finds tombstones’ fragments and architectural elements coming from the catacombs.

Very interesting is the mosaic portraying Sant’Agnese as byzantine empress on a golden background, one of the highest examples of byzantine art in Rome.

Every year, on the 21st of January, inside the church two lambs are blessed and their wool is used to wrap up a "pallium" the Pope then gives to the newly nominated archbishops.

Are you a local? What do you think about Sant'Agnese outside the Walls? Login to suggest it!