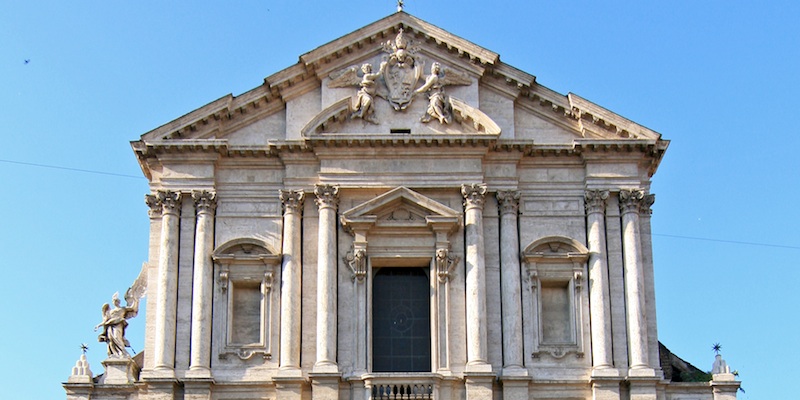 Between 1655 and 1665 Carlo Rainaldi, by partly modifying the plan by Maderno, raised the giant and sumptuous travertine façade, on two orders of coupled columns and Corinthian pilaster strips, with the portal and a big window in the middle plus niches with statues and windows by the sides, which altogether were chiaroscuro-effects for the vigorous plasticism.

The interior embodies a Latin cross with a wide nave with an order and high embedded pilaster strips, and sided by big lateral chapels. The vaulted roof, the bright dome, the wide apse rich of frescoes and golden parts, give it a luxurious aspect. At one end of the nave, above the last arches, one finds the two tombs of Popes Piccolomini, transferred from San Pietro to the Vatican in 1614. Not to be missed out the very worthy series of frescoes by Domenichino.


Are you a local? What do you think about Sant'Andrea della Valle? Login to suggest it!