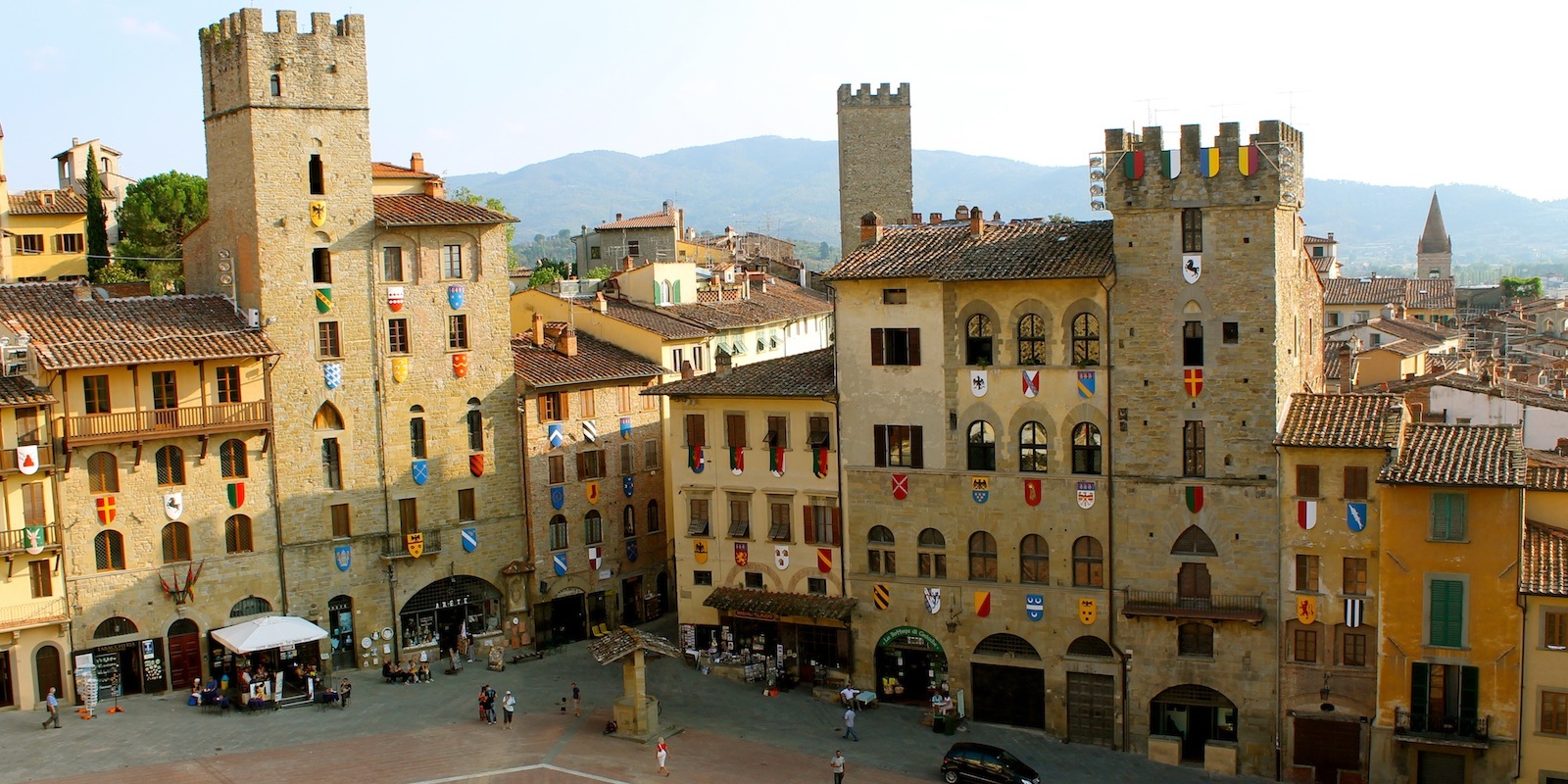 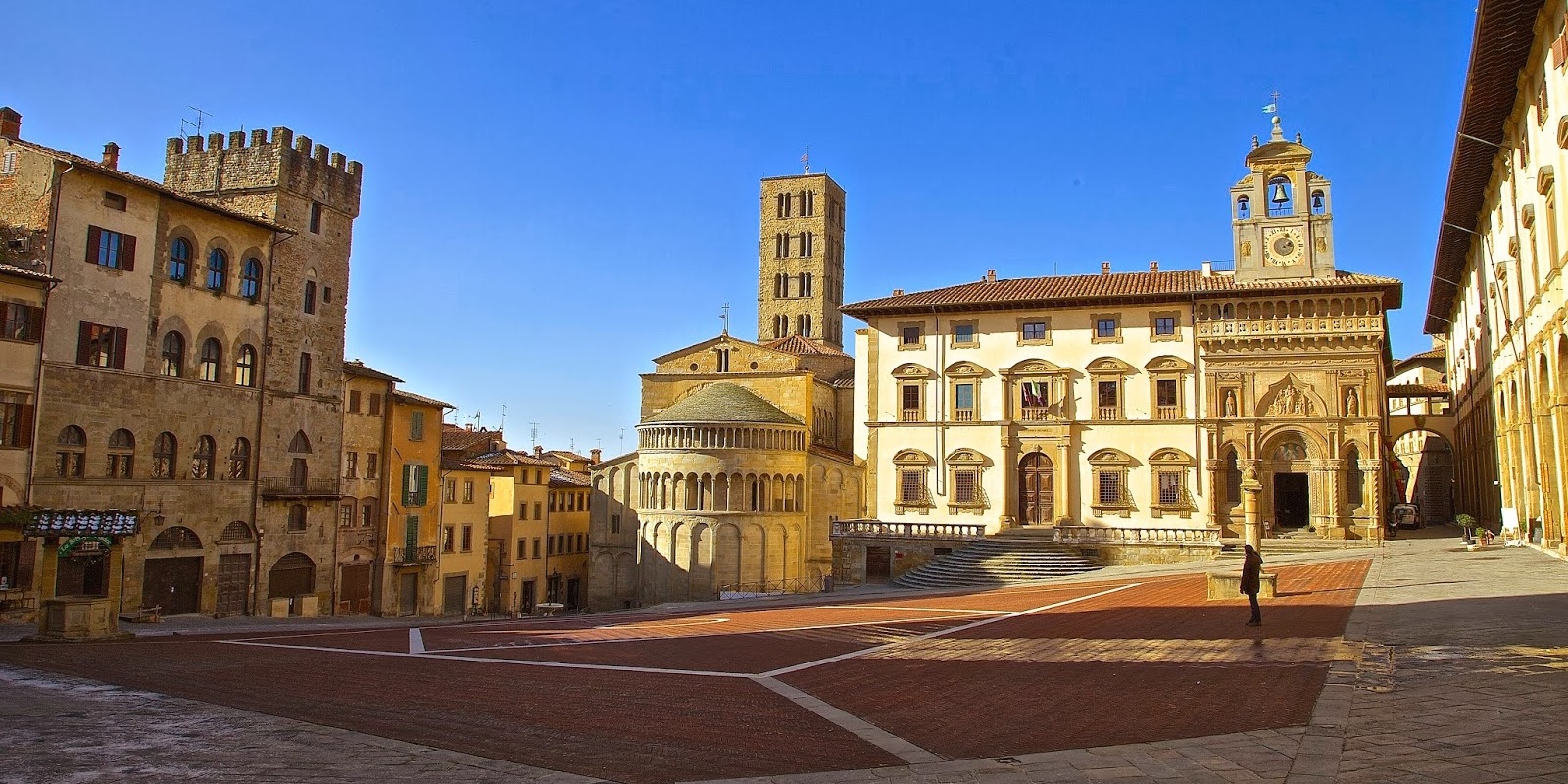 Arezzo is an extraordinary city of art renowned for its goldsmiths and antiques traders.
The old town is home to valuable monuments including the imposing Medici Fortress, the Cathedral, the Diocesan Museum and the Basilica of San Domenico. The Archaeological Museum showcases many a valuable find, recalling the city’s importance during the Etruscan heyday, while the State Museum of Medieval and Modern Art provides an overview of the artistic production in the area from the Middle Ages to the 20th Century.
The heart of the city is Piazza Grande, surrounded by buildings of various periods and styles - among them the Medieval towers and the Renaissance style Loggiato Vasariano.

Casa Vasari is equally worth a visit. It has been converted into a museum where visitors can admire decorations realized by Giorgio Vasari himself, along with a family archive and some paintings. The Church of Saint Francis is the ideal starting point for an itinerary in discovery of 14th Century painter Piero della Francesca, as it preserves the Legend of the True Cross, one of the greatest masterpieces of early Renaissance art. The itinerary continues to Monterchi, with its stunning fresco of the Madonna del Parto, and on to Sansepolcro, where four of the master’s most important works are displayed in the Museo Civico. Another sight to see in Sansepolcro is the central Piazza di Torre Berta and its Cathedral and historic buildings; this is home to the Palio della Balestra, a historic event dating back to the 15th Century.

Do not miss a visit to the small town of Caprese Michelangelo, the birthplace of Michelangelo Buonarroti; a museum, set within the old castle, is dedicated to the artist.
Of great artistic and religious interest is the Sanctuary of La Verna in the Casentino Forests, today a popular place of pilgrimage. Perched on a rocky outcrop and surrounded by age-old fir and beech trees, the complex includes several buildings decorated with magnificent works by Andrea della Robbia. Another of Casentino’s religious destinations is the Camaldoli Monastery, where monks still live today. Two more interesting small medieval towns deserve a visit: Bibbiena, with prized churches and architecture, and Poppi, dominated by its magnificent castle.
Among the many villages of the Val di Chiana, Cortona is particularly fascinating - having preserved its heritage sites, including various Palazzi, the Cathedral, the Diocesan Museum and the Church of Saint Francis. Moreover, at Cortona one can see the Museum of the Etruscan Academy and City (MAEC), as well as some Etruscan necropolises not far from the city center.
San Giovanni Valdarno, the birthplace of Masaccio, is an old town with many fine buildings, including the Basilica of Santa Maria delle Grazie and the Palazzo Pretorio.
Evocative Medieval parish churches are scattered all over the Province, immersed in greenery: Santa Maria Assunta in Stia, San Pietro in Romena and San Pietro in Gròpina, a genuine Romanesque jewel, to name but a few. Castles and religious structures abound, among them the Romanesque Abbey of Farneta near Cortona.
The area also offers a fascinating tour to explore the wonderful works of the Della Robbia artists: from the magnificent altarpiece in the Arezzo Cathedral, to the masterpieces in the La Verna sanctuary and the Camaldoli monastery, in the Santa Maria del Sasso Sanctuary at Bibbiena and in the Castle at Poppi. Examples of their art can also be found in Montevarchi and in the small parish churches along the Valdarno. 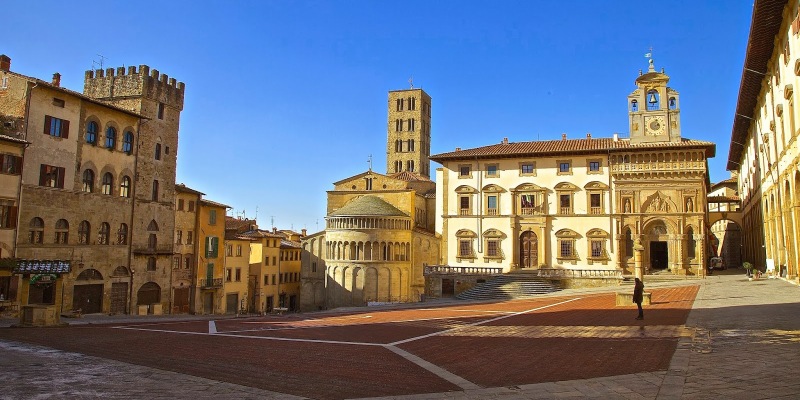 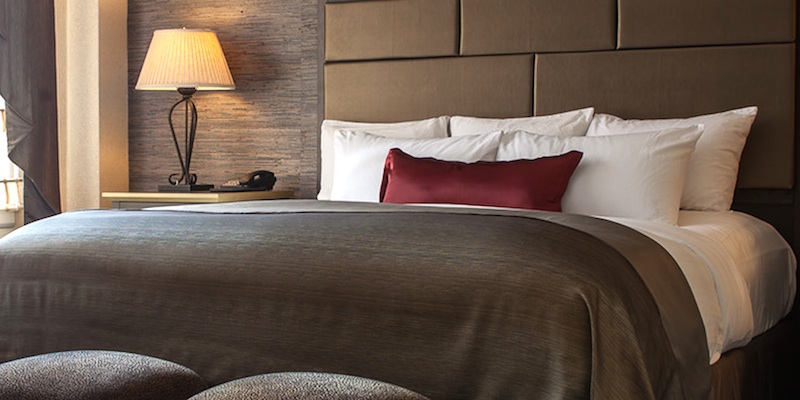 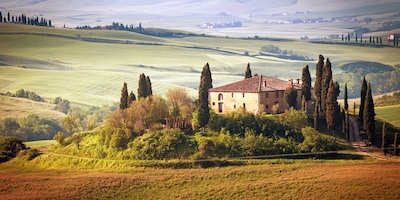 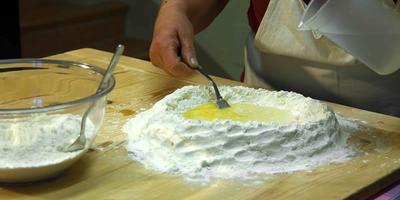 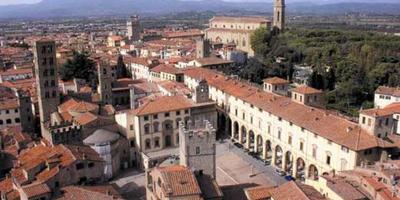