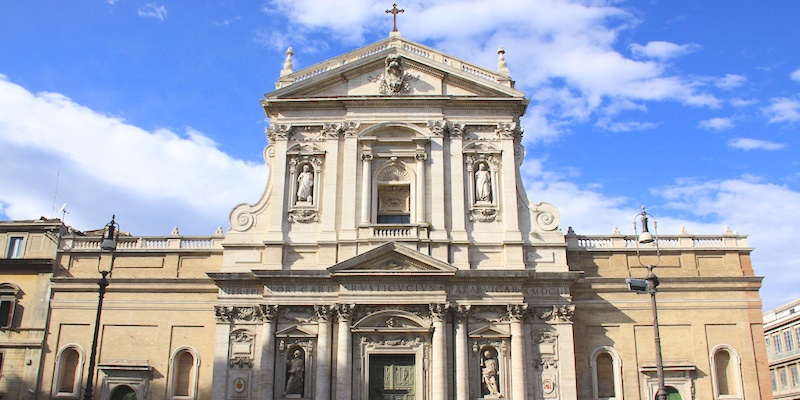 Church of Santa Maria della Vittoria
The church was built at the expense of Cardinal Scipione Borghese, by the hand of Carlo Maderno between 1608 and 1620. Dedicated to San Paolo at first, it owes its new name to a small image of the Madonna found in the garbage at the castle of Pilsen, to which the Catholic armies led by Ferdinando D’Asburgo attributed the victory over protestant Prague (1620).

On the 15th of October 1996 the restoration of the Cornaro chapel, one of the most famous masterpieces by Gian Lorenzo Bernini, has been inaugurated with a ceremony also with the Presidente della Repubblica, Oscar Luigi Scalfaro.

The harmonic façade, somehow a repetition of Santa Susanna (by Maderno), is by Gian Battista Sorìa. Characterized by two orders of pilaster strips, in the lower part it has a brief stairway and a portal enriched by side niches.

Baroque church, it treasures one of the most beautiful sculptures by Bernini "Estasi di Santa Teresa" (1646), placed in the middle of the Cornaro chapel. The two marble figures, of Santa Teresa and the Angelo, are surrounded by divine light beams materialized into bronze.

Are you a local? What do you think about Church of Santa Maria della Vittoria? Login to suggest it!