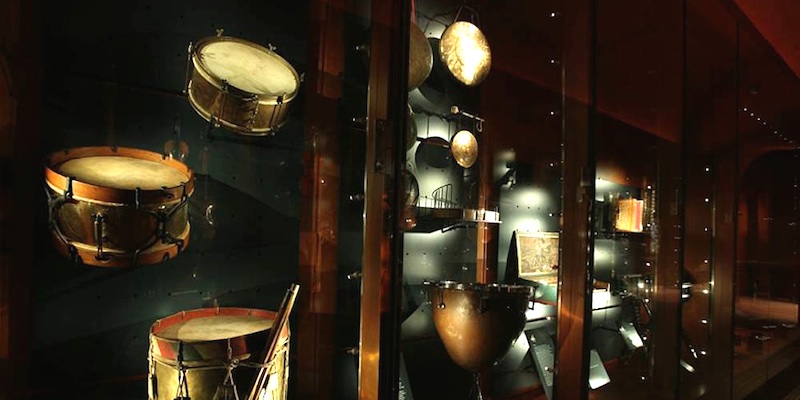 Its origins date back to the historical concert promoted by the Roman Musical Society in May 1889, during which ancient instruments were played. Five of them were donated to the Academy and are exhibited in the Museum.

In 1900 the collection counted 77 instruments, partly purchased by the Academy, partly donated by antiquarians and collectors. In 1926 the collection of lutes and mandolins of Queen Margherita of Savoy, consisting of 26 specimens of the Neapolitan and Milanese schools, was donated to the Museum.

Another conspicuous number of specimens came from National Contests on the Art of Making Lutes (1952-56) promoted by the Academy and from the donation in 1962 by the violinist Gioacchino Pasqualini. Currently only part of the 260 instruments of the collection are exhibited in showcases.

The most important and best known specimen is the Stradivari violin called "Il Toscano" of the Medicean Quartet purchased in 1953 by the Italian State for the Academy. The specimens of arch lutes dated back to the sixteenth century and the Flemish spinet of 1623 are valuable.

The 80 specimens of the ethnographic section coming from Central and Southern Italy, Continental Europe, Central Africa, the Middle East, and the Far East are of particular interest.

Are you a local? What do you think about MUSA Museum of Musical Instruments of the National Academy of Santa Cecilia? Login to suggest it!


MUSA Museum of Musical Instruments of the National Academy of Santa Cecilia
ZonzoFox
4.7

ADDRESS: Viale Pietro De Coubertin 30, Rome
OPENING HOURS : Every day 11am-5pm. Closed on Thursday.
WEBSITE: http://museo.santacecilia.it/museo
YOU MAY ALSO BE INTERESTED IN...
MAXXI National Museum of the Arts of the 21st Century