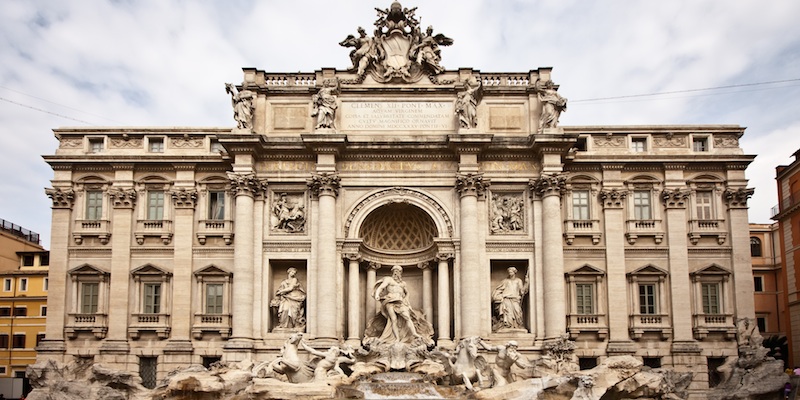 Palazzo Poli - Trevi Fountain
The National Institute for Graphics –Chalcography was constituted in 1975 through the merge between the National Cabinet of Prints and the National Chalcography and keeps drawings, prints, andengraved matrixes.

The chalcographic collection originates from the collection of the De Rossi family, printers that operated in the seventeenth century Roman environment.

The collection that had already incorporated several other collections of the most important sixteenth century Roman editors, was purchased in 1738 by the Papal States that set up the Chamber Chalcography in it.

The Chalcography became Royal in 1870 and National when the Republic was born and it is currently located in the nineteenth century Palace designed by Valadier. It keeps 23,000 matrixes that span from the sixteenth to the twentieth century. In addition to the De Rossi Fund, there are works by Canova, Camuccini, Volpato, Carrà, and Morandi.

The printing office is still active, although it does not work continually as it used to. The Institute also has an archive of documents and photographs and an historical photographic library that includes the most representative artists in the history of the Italian Photography in the nineteenth century.

Both the Chalcography and the Cabinet of Drawings and Prints, currently housed in the Villa Farnesina alla Lungara, should be reunited in the new location of Palazzo Poli, always in the Trevi district.


Are you a local? What do you think about Palazzo Poli - Trevi Fountain? Login to suggest it!