YOUR GUIDE
16
GET INSPIRED
EXPLORE 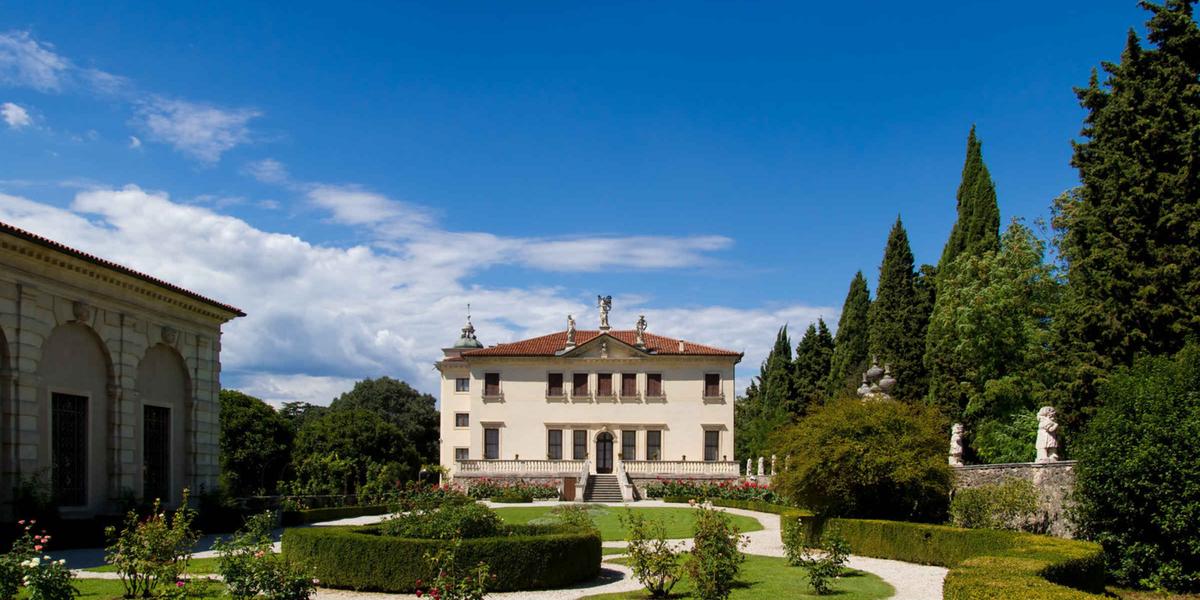 OVERVIEW
Taking part in this guided tour, you'll have the chance to discover two authentic hidden gems near Vicenza, Villa Valmarana ai Nani and Villa La Rotonda, supreme examples of the culture of the Veneto villas and of the Palladian architectural style.
Offered by Faberest
GO TO THE WEBSITE   ▶
PRACTICAL INFO
Where: Piazzale Roma, in front of the building wih the "Cassa di Risparmio di Venezia" signboard on it (the map indicates the exact pick-up spot).
Duration: 4.5 hours
GO TO THE WEBSITE   ▶
DETAILS
Maybe you didn't know it, but only a short way from Vicenza (about 3 kilometers) are two splendid villas, Villa Valmarana ai Nani and Villa La Rotonda, supreme examples of the culture of the Veneto villas. The first one, Villa Valmarana ai Nani, which means "the dwarfs," was built by Francesco Muttoni in 1720 and gets its name from the statues of the 17 dwarfs on the walls surrounding the house.  The legend tells of a dwarf princess who lived secluded in the villa surrounded by dwarfs. Upon seeing a beautiful prince in the garden, she realized her handicap and threw herself from the tower. The pain the dwarfs felt for the princess transformed them into statues of stone. The palazzina and the foresteria have frescoes by Giambattista and Giandomenico Tiepolo, hired in 1757 by Giustino Valmarana. His descendants still live in the villa, which is universally considered the maximum expression of the painting of the 18th century and one of the highest examples of Tiepolo’s genius. Villa La Rotonda is a mignificent example of the Palladian genius, it was indeed built on project by Andrea Palladio for bishop Paolo Almerico, around 1570. In 1591, the villa was bought by the noble family Capra. From 1911, the family of Count Valmarana opened La Rotonda to the public in 1986. Here's what Goethe says about it: “Maybe never has architectural art reached such a level of magnificence” (J. W. Goethe, after visiting La Rotonda). Get ready to dive inside the beauty, art and history of these architectural treasures of northern Italy.

The duration of the transfer is approximately 45 minutes each way (the exact duration will depend on the time of day and traffic conditions)
A visit of the interiors of Villa La Rotonda is allowed only on Wednesday and Saturday. On the other days, the guided tour will be focused on the beautiful exteriors instead
The tour will take place even when it's raining. In the event of an exceptionally heavy rain, the tour may be cancelled and you will be given a full refund